Hunab Ku: Were the Mayans Monotheistic?

Hunab Ku is a Maya deity whose name means "The Only God".[1] It seems strange to find such a thing in the Maya pantheon, but there it is. Is this monotheism? Did the Maya have a belief in an all-knowing creator god? Could this be the trump-card example for ancient knowledge of God within the Maya civilization? There are so many opinions out there about what Hunab Ku was, but what are the facts? What are Christians supposed to make of it?

As Christians we should be advocates for accuracy in ancient history. We study the Bible so that we can have an answer for why we believe what we believe. So why shouldn’t we do the same with history? So, before we make an assumption based on this deity's name, let's take a look at the available facts. Then we can discern what to make of this deity.

Where did Hunab Ku come from? Where is this name first mentioned? If Hunab-Ku was a native deity of the Maya people then we would expect to see evidence of that in their codices (books of hieroglyphs). However, we find no evidence of Hunab Ku anywhere – until the arrival of Franciscan Monks in the Yucatan.

The Franciscan Order is known historically for being one of the most powerful orders in Europe between the 16th and 17th centuries. They were also known for sending the most missionaries to the New World from Spain.[2] [3] These missionaries were sent from the Spanish Crown to convert the natives to Catholicism. One of the first to arrive in 1549 was the future Bishop of the Yucatan, Diego de Landa Calderon.[4] He authored the “Relacion de las cosas de Yucatan” which contained details about Maya religion, life, and language. In 1562 Landa burned many Maya codices in an attempt to wipe out paganism in the area. This destructive action left only three surviving native codices and the Maya-Spanish translations of Franciscan monks to testify to Maya life and religion before the arrival of Spaniards.
Section of Diccionario De Motul. Archive.org

It is within one of these Franciscan works that we find the first mention of Hunab-Ku. The Diccionario de Motul is a 16th century Mayan-Spanish dictionary.[5] It was written by the Franciscan Friar Antonio de Ciudad Real who was said to be the most talented Mayan linguist of his time.[6] He spent a majority of his life compiling this and other Mayan-Spanish linguistic works.[7]
The earliest mention of Hunab Ku reads as follows:

This is translated as: "the only living and true god, also the greatest of the gods of the people of Yucatan. He had no form because they said that he could not be represented as he was incorporeal."
Hunab Ku is defined in two other similar dictionaries from the same time period as "Only God”:

So if the first mention of Hunab Ku to ever appear in the Yucatec Maya language is in a dictionary written by a foreigner, is it possible that Hunab-Ku was a Franciscan invention? Some suggest it was an invention to introduce the Maya to the idea of the One and True God in their own language. But others say Hunab Ku is found in a Pre-Conquest source. If so, that would be evidence that Hunab Ku was a deity before the arrival of the Spanish and therefore the Maya had knowledge of monotheism. So let’s check this out.
One such Mayanist scholar is William F. Hanks, an Anthropological Linguist. In his book "Converting Words: Maya in the Age of the Cross" he has this to say about Hunab Ku:

"The missionaries were quite aware that in using a preexisting Maya term for 'god' (ku), they ran the risk of encouraging syncretism and confusion between the Christian God and the diabolical idols there were seeking to extirpate. Thus although both dictionaries cite bare root ku for dios, this root usually occurs with qualifiers meant to disambiguate. The living God, the God of peace, the God who watches over individuals are all aspects of the specifically Christian concept....the use of Hunab Ku ['one' + suffix + 'god'] for the singularity of God is linguistically transparent to the oneness of the Father, Son, and Holy Spirit and occurs widely in the missionary writings." (Pg 133. A Preview of the Book is available on Google Books.)[13]

Thus, our conclusion from this brief exploration of Hunab Ku's literary origins is that it was a name used by the Franciscan monks as a substitutionary title for the One God of Christianity. But, if that were the end of all things regarding Hunab Ku, there wouldn't be so much confusion for Christians about this deity. Let’s continue delving into the life of this deity a little longer.

Though Hunab Ku was originally used for good purposes, to teach the Maya about God, the deity has been hijacked multiple times by authors of the modern world. They have taken the name Hunab Ku out of its historical context and turned it into something entirely opposite to what it was intended to be. These hijacks take the idea behind this deity farther and farther away from a conversion tool and have turned him into a symbol for the New Age community and followers of Mayanism. Christians shouldn't be worried about this association however, because once you do some digging you find that these claims have absolutely no basis in historical fact.

The first to hijack Hunab Ku was Mexican philosopher, Domingo Martinez Paredez, who presented Hunab Ku as an evidence for Mayan Monotheism.[14] He supposedly connected Hunab Ku to symbolism within Freemasonry. His theories can be found in his 1964 book "Hunab Ku: Sintesis del pensamiento filosofico maya". Other men went further to hijack the idea of Hunab Ku based on Paredez's work. One very important man was Jose Arguelles.

Jose Arguelles (1939-2011), was an American New Age author who is perhaps best known for his participation in the 2012 Apocalyptic Phenomenon.[15] This phenomenon was the following that believed a cataclysmic event would end the world on December 21, 2012. He is also responsible for the image below, which he popularized in his 1987 book “The Mayan Factor” (specifically on pages 32 and 52)[16]: When you look up any information on Hunab Ku on the Internet, this symbol is going to pop up. But remember there is actually no historical native symbol or hieroglyph for Hunab Ku at all. And if a symbol was created after the arrival of the Franciscan monks, there is no concrete evidence for it.

Paredez had originally suggested Hunab Ku was represented by the symbols of a square within a circle or a circle within a square – this was never proven when put under scrutiny. Arguelles modified Paradez’s symbol idea and turned it into something that has become very recognizable in todays world of media.

According to him, Arguelles first saw this symbol on a rug for sale in Mexico,[17] but not as it is pictured above. The above picture is Argüelles adaptation to make the symbol resemble something more like a Yin-Yang or Milky Way Galaxy, which is often found in other New Age beliefs. The original symbol would have looked something like the images below:

These images are the earliest forms of the symbol Arguelles modified. They were found in a 16th century Aztec Codex called the Codex Magliabechiano.[18] Within the Codex are illustrations of cloaks used in Aztec religious rituals. Each cloak varies in color and name, so it was not an especially unique design.

So why was an Aztec cloak connected to a made-up symbol for a Maya deity that didn't even exist until the arrival of Franciscan monks? No understandable reason really. In fact any connection between Hunab Ku, the popular web image, and New Age beliefs is completely without foundation. So then if it doesn't connect to New Age beliefs, then is it proof for Monotheism in the Maya? Regrettably no; that idea cannot be supported by the historical context.

However though the Maya may not have served one god, they did have remnants of truth within their own pantheon.

When we refer to a remnant of truth, we are referring to the knowledge of God from as far back as the Tower of Babel. Knowledge of the true God was spread out across the globe just like the knowledge of Satan's lies was spread. That is why, everywhere you look, you will find remnants and distortions of biblically based ideas. Even among pagan deities of the Maya pantheon, there is a semblance of a creator god and a creation account. We will cover these very briefly.

Itzamna, Itzamnaah, or 'God D' are just three names for the same deity found in Maya hieroglyphs and surviving codices.[19] He and his wife Ix Chel were the creator couple for what scholars call the Classic Age. Itzamma was the creator that the Maya worshipped as the one who brought order to the world and ruled over other deities. This would be the deity that was later synchronized with Hunab Ku in the Franciscan effort to ease the natives into conversion to Catholicism. But before they worshipped Itzamma, the Maya worshipped other creator gods who ruled over the worlds that came before.[20] You can learn about them by reading this paper.

Not only did the Maya have creator gods, they also have an ancient creation account.

The Maya creation account is contained within the book of Popol Vuh. The name of this book has been translated as "Book of the People", "Book of the Community", and even the "Paper of You".[21] It contains a collection of mythical/historical narratives, which include the creation story as well as a mention of the Great Flood of Noah's day![22]

Mayan documents like the Popol Vuh were in constant danger of destruction during the Spanish Conquest. Two hundred years after the conquest of the Maya, a Dominican Friar named Francisco Ximenex heard of a sacred book the Maya had kept secret. With permission he transcribed his own copy, and his 18th century copy is the only one that has remained to this day.[23]

The above section from the Popul Vuh's creation account echo what we find in Scriptures:

"In the beginning God created the heavens and the earth. The earth was without form, and void; and darkness was on the face of the deep. And the Spirit of God was hovering over the face of the waters." Genesis 1:1-2 NKJV

If you want to explore the creation account and the mention of the Flood in the Popol Vuh further, I would recommend you check out this video. Can you find other remnants of the truth?

We have covered a lot of ground in this post. First, we introduced you to the deity Hunab Ku, whose name means "The Only God". We learned by looking over the historical facts that he was not an actual deity of the native Maya. This was merely a name invented by Franciscan Monks in the 16th century to help the Maya understand the concept of God. Hunab Ku was later hijacked by New Age authors that made him out to be something he wasn't. As Christians, we cannot use Hunab Ku as proof that the ancient Maya were monotheistic but we still can find remnants of truth in their mythologies when we look at books like the Popol Vuh. These testify to the trustworthiness of biblical accounts like the Tower of Babel and reminds us that Satan can never create – he can only distort that which God has done (an Axiom of Jackson Hole Bible College) 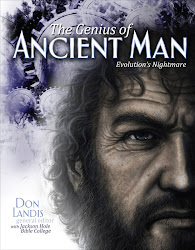